CubeDesk started like most other apps — with a problem.

While we were all in lockdown, I (@kash) decided to pick up cubing. It had been several years since I had picked up a cube, but I could still figure out how to solve one, albeit not as fast as I used to.

As I got better and more involved with the cubing community, I started to realize the lack to robust and modern software in the Rubik's Cube world. I couldn’t even find a timer that I liked. Everything out there was either too complicated, too simple, or just looked old. So, I decided to put my programming knowledge to use and build an app for myself. My goal was to create the best Rubik’s Cube timer that I could. The first version of the app was built for desktop and had a grand total of 1 user (me).

After a few weeks of adding some more features that I personally wanted, I decided to make a post on r/Cubers. Little did I know that this post would lead to over a year of development, multiple iterations of the app, the accumulation of tens of thousands of users, and lots of plans on the horizon.

The post that I made on Reddit showed a very basic timer with 3 static modules. It wasn’t much, and definitely lacked a ton of the features that other established timers had, but Reddit loved it and asked if I could make it public for download. 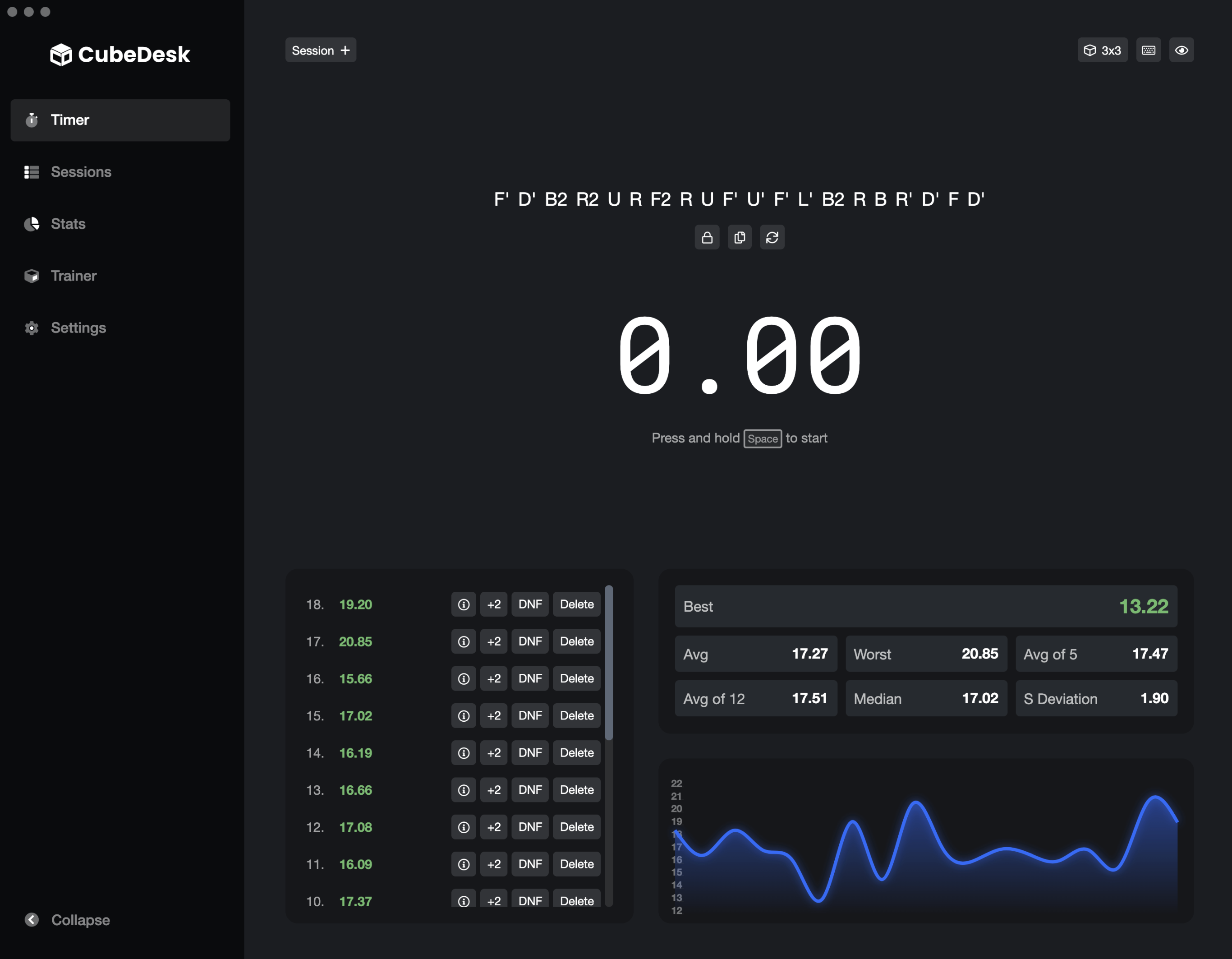 Since I had made CubeDesk just for myself, it lacked a ton of functionality that real users would expected. Also, it had a bunch of bugs that I had learned to deal with. So, in order to feel good about releasing an actual app, I decided to spend some time cleaning up the code and polishing the design.

After a few weeks of working on the app after work and on the weekends, it was finally ready. The first version was released! Over the first 2-3 months, the app got dozens of downloads. Now, compared to the numbers today, that wasn’t much, but it was so satisfying seeing others excited about the app, chatting in the Discord server, and actually using CubeDesk as their main timer.

As time went on, I realized that I would need to scale CubeDesk to more users and release updates faster, which drove me to change CubeDesk from being a desktop app to a web app. Although some people didn’t like this at first, it brought a ton of possibilities: Seamless updates, multiplayer capabilities, faster development, and less work for new users to get on the app. 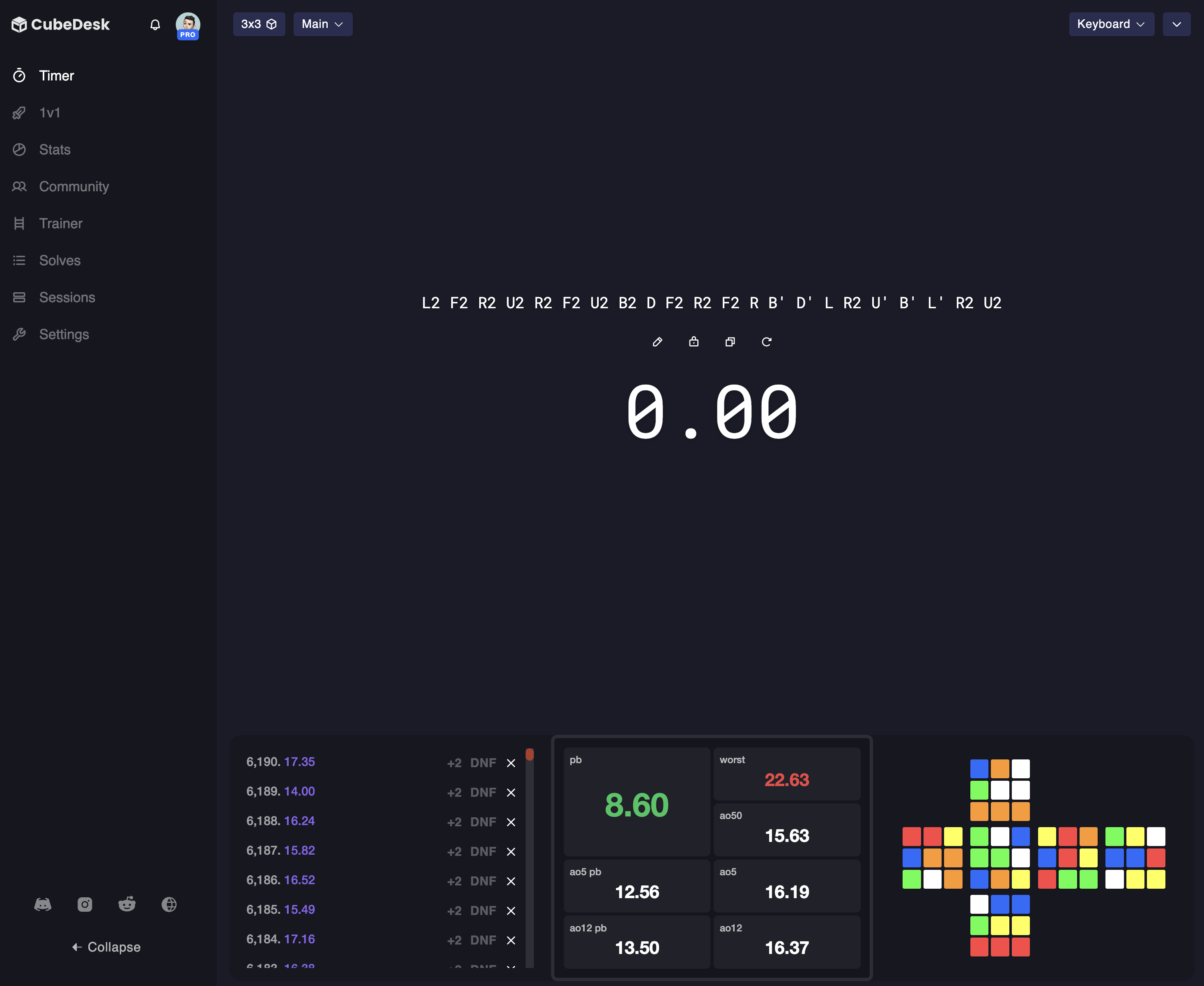 Today, CubeDesk isn’t just a timer — it's a community. With 1v1 capabilities, leaderboards, and friending functionality, CubeDesk has turned into something that could be as big as Chess.com was for chess. Who knows, maybe one day CubeDesk could be used in classrooms or cubing competitions. The future is looking bright.